In the Canadian Rockies, glacial ice dating back tens of thousands of years cap the rugged peaks, making up the very fabric of our landscapes. They watch over the mountains and valleys below and feed them life through the pristine turquoise waters that flow through the rivers and lakes, building in mineral richness as it travels over mountain granite, limestone, and sedimentary rock.

This glacial water is among the highest quality in the world. Its distinct qualities make it a key ingredient in some of the beverages we enjoy after a day of adventuring in the mountains. At times, these adventures take place on the very glaciers from which the water in our glass began its path.

From the heart of Banff Avenue, two local restaurants employ this distinct glacial water within their craft beverages, and in doing so create their own unique taste of the Rockies. 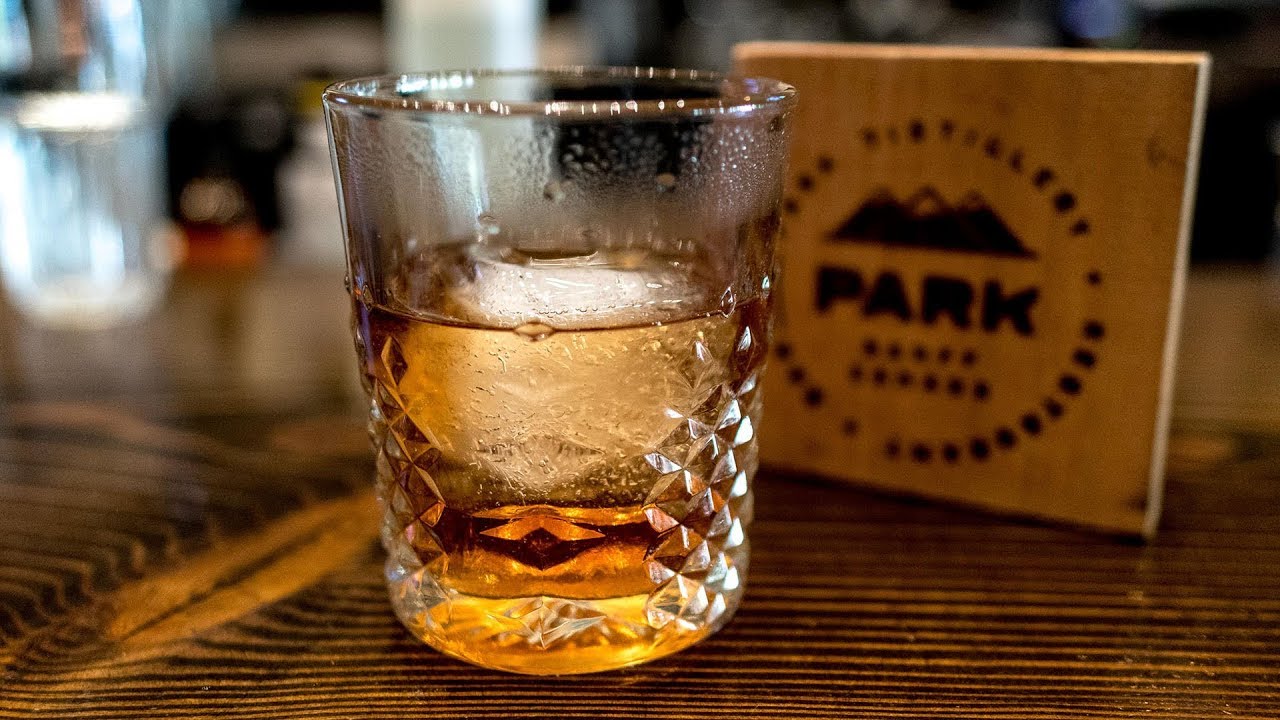 Banff’s first brewery opened its doors in 2010, a welcome addition to the local culinary scene. It serves up delicious craft beer brewed in-house alongside a menu of pub classics and contemporary twists, all in an inviting and a laid-back atmosphere. With craft beer and a humble vibe, this brewery checks all the boxes of what craft beer fans want in a night out.

“People want a place where they feel welcome and feel like a local,” says Miranda Batternik, the Banff Ave. Brewing Co.’s 29-year-old head brewer. “They come to Banff to have a good time with people that they’re travelling with, and beer is a wonderful way to bring them together.”

Whether a group of goggle-and-toque-clad skiers getting their post-slope après well underway, or a group of weekend visitors making the Brewing Co. their warm-up spot before a night on the town - you can bet they’ll have a pint of Batternik’s specialty brew in hand.

“There's a very big local focus to brewing, people want to get back to the roots of their product and put a face on the chef behind a dish or the baker behind a bread, and the brewing industry is riding that wave in a really cool way,” says Batternik. “We have a huge emphasis on ingredients with a very hands-on approach, we literally hand-stir our mash with canoe paddles.”

While glacial water is a key ingredient which transcends all flavours and seasons, the malt and hops for Banff Ave Brewing Co. come from around the world to ensure a variety of brews. Specialty malt from Munich and hops from Oregon and Washington line the behind-the-scenes shelves of the brewing operation. However, the majority of malts come from suppliers right here in Alberta.

Red Shed Malting is one of those suppliers, located just a few hours’ drive from Banff to Alberta’s bordering prairies. This past winter’s community tap, the Nut Brown Ale, used their specialty chocolate malt and biscuit malt. While it’s no longer on tap, Batternik has been known to bring local favourites back into circulation.

“We pay attention to trends within the brewing industry,” says Batternik. “I’m a huge beer drinker and am always bringing home new beers to try - like everything else beer is trendy, styles come and go so we keep our ear to the ground with what the Banff population wants as it isn’t the same as other cities.”

Walking in from Banff Avenue, Park Distillery ’s wood-framed cabin-like exterior and comfortable decor invites in everyone from international visitors to long-time locals, all of whom have enjoyed the distillery-restaurant since it first opened in 2015. When looking for a distinctly regional dining experience, Park is the unquestionable answer.

While picnic tables and warm flannel blankets line the outdoor patio, a new world opens up inside. From the bar stool at their focal cocktail station, colourful bottles of local spirits neatly illuminate the back wall, while bartenders in front create some of the best craft cocktails you can find in the Bow Valley. Pine logs frame the walls and red antique lanterns seemingly float from above. But it’s the floor-to-ceiling glass windows that your attention is ultimately drawn, encasing vast German-engineered copper vats and a maze of metal piping. This is where the magic happens.

Using pure glacial water and grains from Alberta’s family farms, it’s here that Park’s distillery team creates an impressive medley of hand-milled, hand-mashed, and hand-distilled small batch spirits. The award-winning line up of a fourteen-product family includes everything from Maple Rye to Barrel-Aged Gin to Bird’s Eye Chili Vodka, as well as the elemental versions that make up the staples of any liquor collection. They are authentically Canadian from the dining experience itself all the way back to their ingredients, 85 percent of which are sourced from within 200 kilometres of Banff National Park.

Long-time Banff local and master distiller, Matt Hendricks, has been at the helm of the spirits production since its inception. With a background as a cocktail mixologist, Hendricks is considered a pioneer in developing craft cocktail culture and education in Banff. His natural progression was to take this profession a step further by creating the ingredients themselves and has since taught himself the craft of small batch distilling.

“Good inputs equal good outputs,” says Hendricks. “Our grain is all sourced from Alberta, which is known to grow some of the best in the world, and that is a big reason why our spirits taste the way they taste, but it’s our water that is the number one key to the success of the distillery.”

This clean water that comes off the glaciers doesn’t just flow down rivers but filters through a bed of limestone rock to an underground aquifer, and Banff is at the beginning of that groundwater shelf. While the minerals are filtered from the water for the proofing stage, mineral-rich water is used in later steps of production, giving it the same reflective qualities as water you would see at iconic Rockies destinations such as Lake Louise.

Park’s distillery is the only one set within a Canadian national park. Though small in size, it produces plenty of spirits, all while maintaining consistency in quality thanks to the dedication of the seven-person production team.

Every June, this team heads beyond Banff National Park’s borders to crown land located just beyond. It’s here that they selectively hand-pick a local botanical used in their Alpine Dry Gin - a spruce tip indigenous to the national park area called the Engelmann spruce. Hendricks says this is the flavour profile that defines Park Distillery.

Your Guide To Amazing Cocktails in Banff National Park

From mountain classics to signature cocktails, the drink menu in Banff and Lake Louise will never disappoint.

Enjoy the best of Alberta on a single plate.

Insider tips on the best restaurants with a view in Banff National Park.

See details about 7 Scenic Restaurants in Banff and Lake Louise

Experience Farm To Table Cuisine in Banff and Lake Louise

Food connects people in a way nothing else does, creating roots that run even deeper than dinner.

Guide To Your Cozy Cabin Holiday in Banff National Park

Your complete guide to a cozy cabin vacation in Banff and Lake Louise.